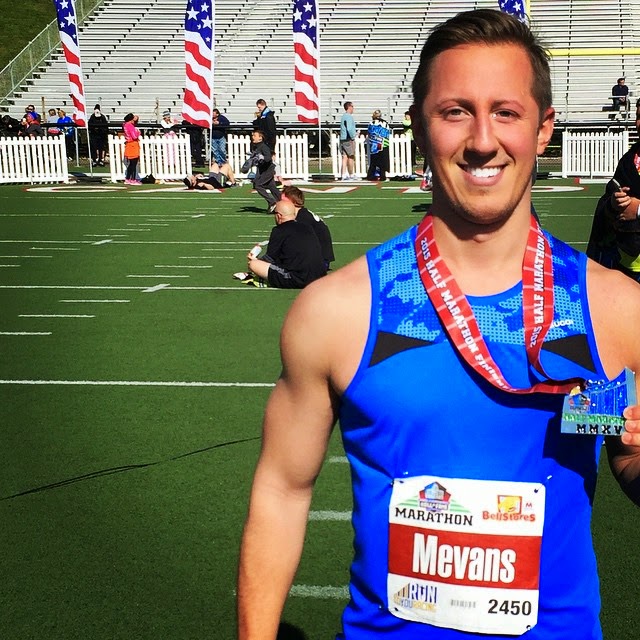 The night before the 2nd Annual Pro Football Hall of Fame (Half) Marathon in Canton, I had a major case of the pre-race jitters. And rightfully so. It was no one’s fault but my own, but I had not trained nearly as adequately as I should have – and I knew better. Last year, I followed a strict 100-Day Training Program and successfully completed the half marathon with a landslide PR. This year, I slacked off – majorly.

Like a kid who didn’t study enough for his big final exam and still hoped he’d get an A+, I didn’t train for the race and yet I hoped I’d still succeed. I posted on Facebook at 11:00 PM the night before asking for good vibes and positive energy to be sent my way (and I don’t believe in “luck,” but I was willing to take that too).I knew it would be quite the challenge, and so I was relying on words of encouragement leading up to the race to truly be the motivation propelling me through. 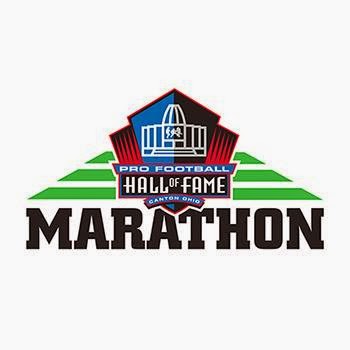 This race would prove how running can often be more mental than physical in many aspects. I awoke the next morning before dawn and had plenty of messages waiting for me on my phone. Words from friends and family members near and far, saying things like:
And, just like that, my attitude changed. My outlook improved. And there’s no doubt in my mind that these very words were the reason I was able to reach that finish line. 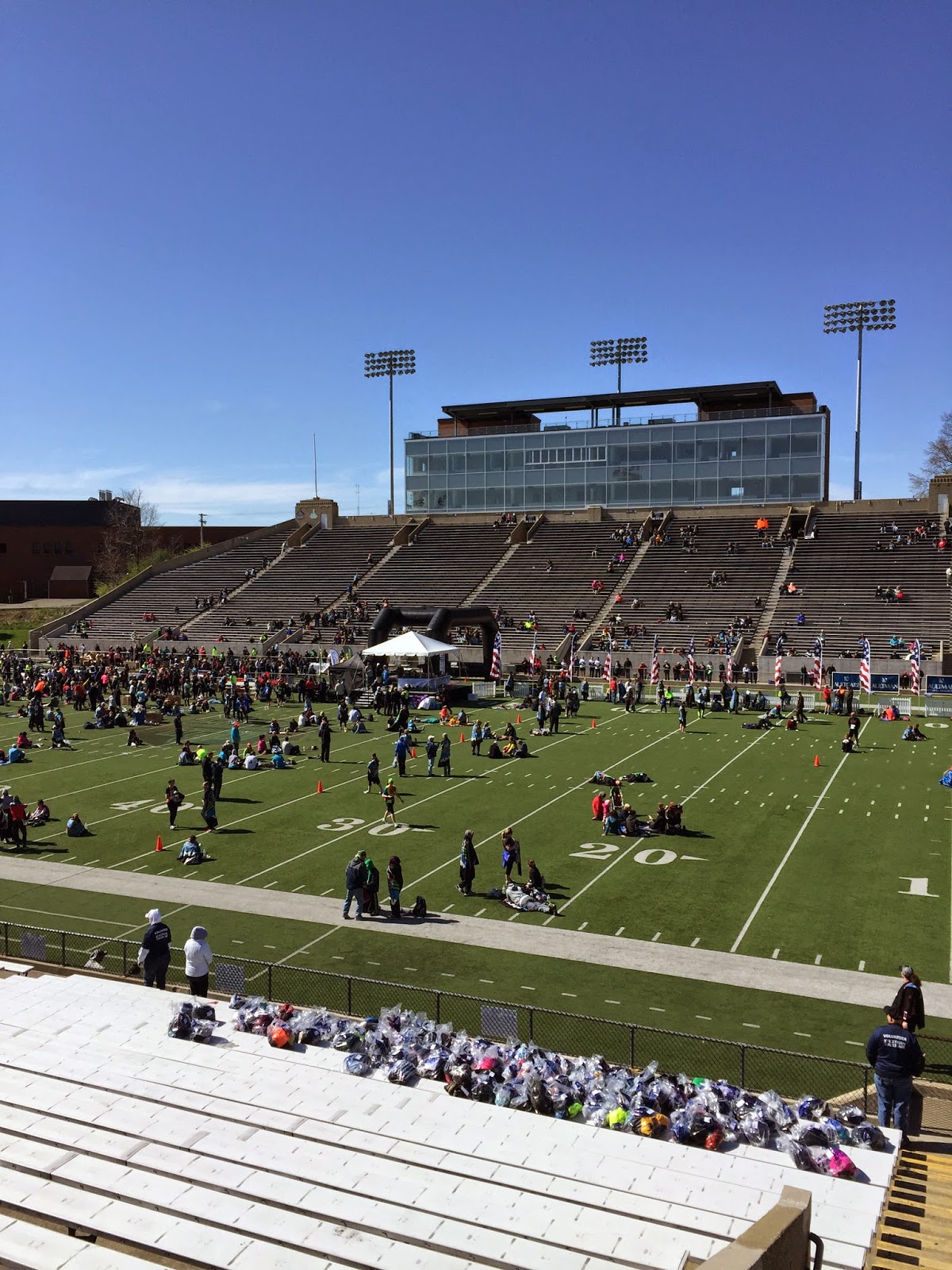 The bitter cold did NOT help (I love Ohio and all, but DANG it’s been cold for far too long). It was a mere 39 degrees when I made it to Fawcett Stadium, where the starting line was. I spent a lot of time fueling and stretching (in hopes to make up for my lack of training) and I zoned out with a quick prayer and moment of meditation in order psych myself out for the 13.1 miles that lay ahead. After the national anthem and invocation, we were off and running. There was no turning back.
At this point, some of you might be wondering what fun it is for me to even do what I did. Why even put myself through the anxiety, apprehension, and discomfort, especially if I wasn’t even willing to put the time and effort into preparing for it? (I should clarify that I did train for this half marathon, but not to the extent that I should have). There are 3 simple reasons: 1) I love a challenge, 2) running is addicting, and 3) I am not a quitter.
It’s remarkable what the body can do, especially when you have a little bit of drive and a whole lot of heart. You are stronger than you think you are. 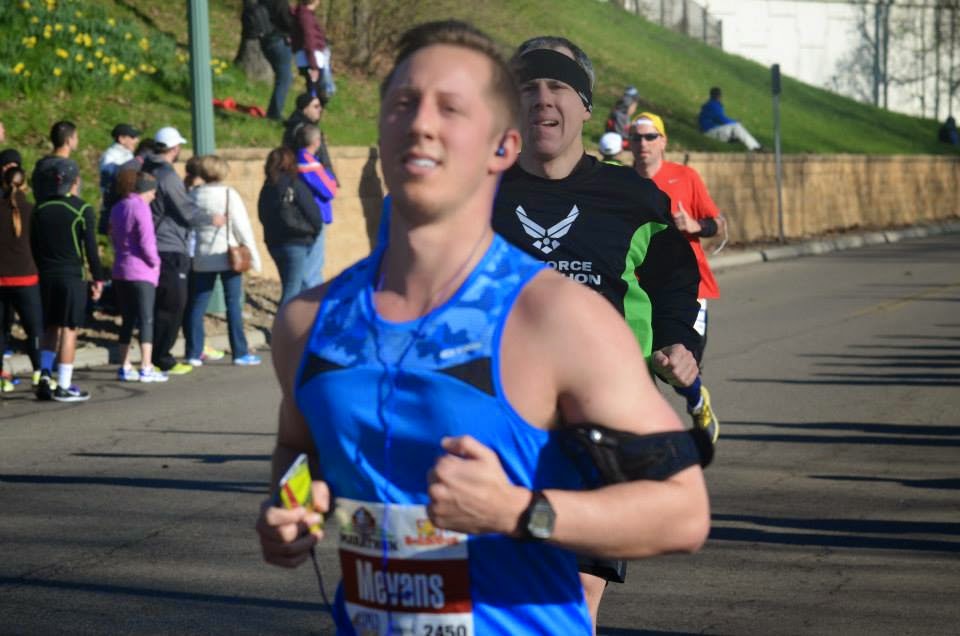 The 13.1 mile course was a roller coaster ride – and not just because of the hilly terrain. There were times I was speeding along on cloud nine, a smile from ear to ear. Even past the halfway point, I was on track to breaking my PR once again! But then there were moments of doubt and even some brief moments of apathy – little voices in my head just telling me to mosey along and take my time. But then the crowd of strangers motivated me to keep going.
The one sign summed up my appreciation for spectators: “RUN, RANDOM STRANGER, RUN!” How cool is it that these random strangers take the time to root for you? It’s almost better than your loved ones cheering for you!
One small boy had a sign with a hand drawn on it that said “TOUCH HERE FOR POWER BOOST.” So, of course, I touched it. And, of course, it helped give me a power boost! Another young kid was standing on the sidelines on crutches, extending his hand for a high five. It really inspired me and was exactly what I needed at mile 11 of the course (especially since my knees were hurting so badly). 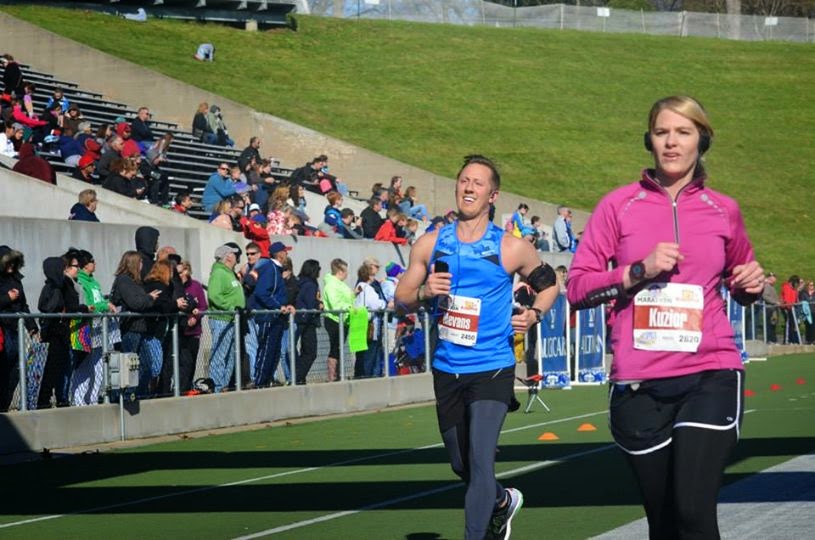 Finally, I made it back to Fawcett Stadium to the finish line (above) and I was ecstatic! I clocked in at 2:08 – which was way off from my PR of 1:54, but I will take it! There was definitely a sense of pride that came over me when I was given my fleece blanket and finisher’s medal. 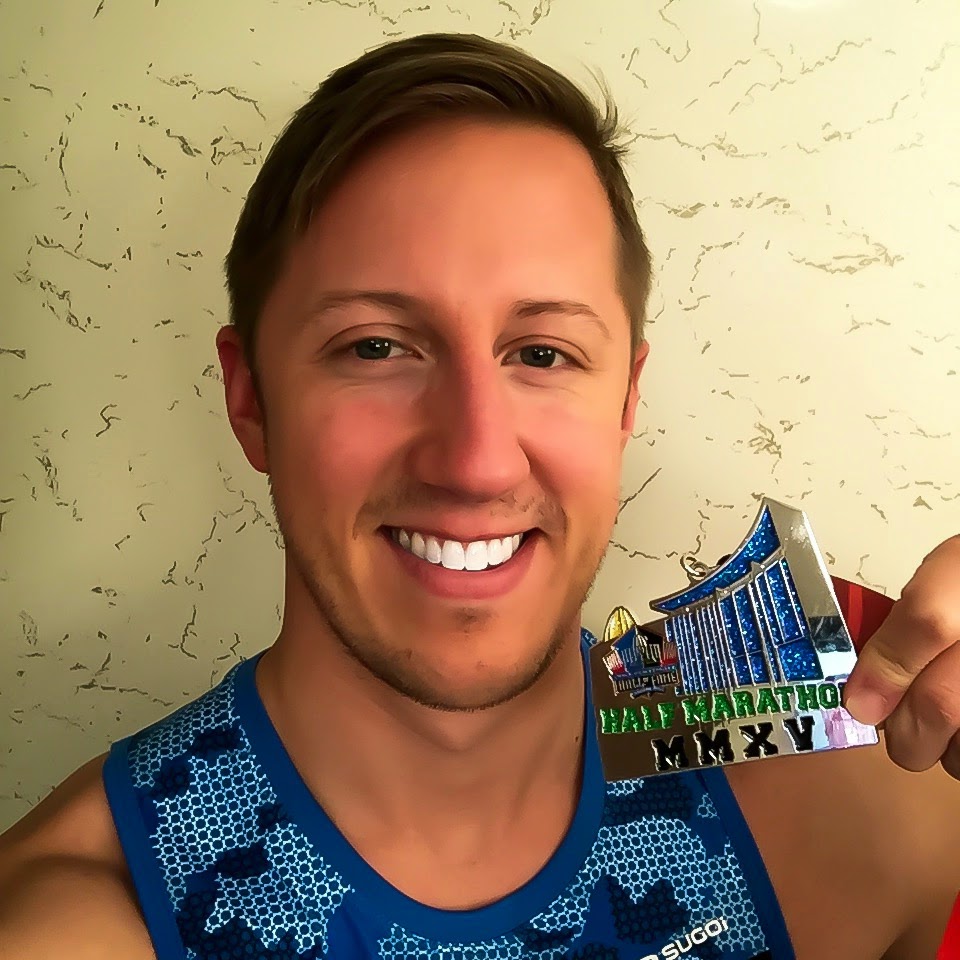 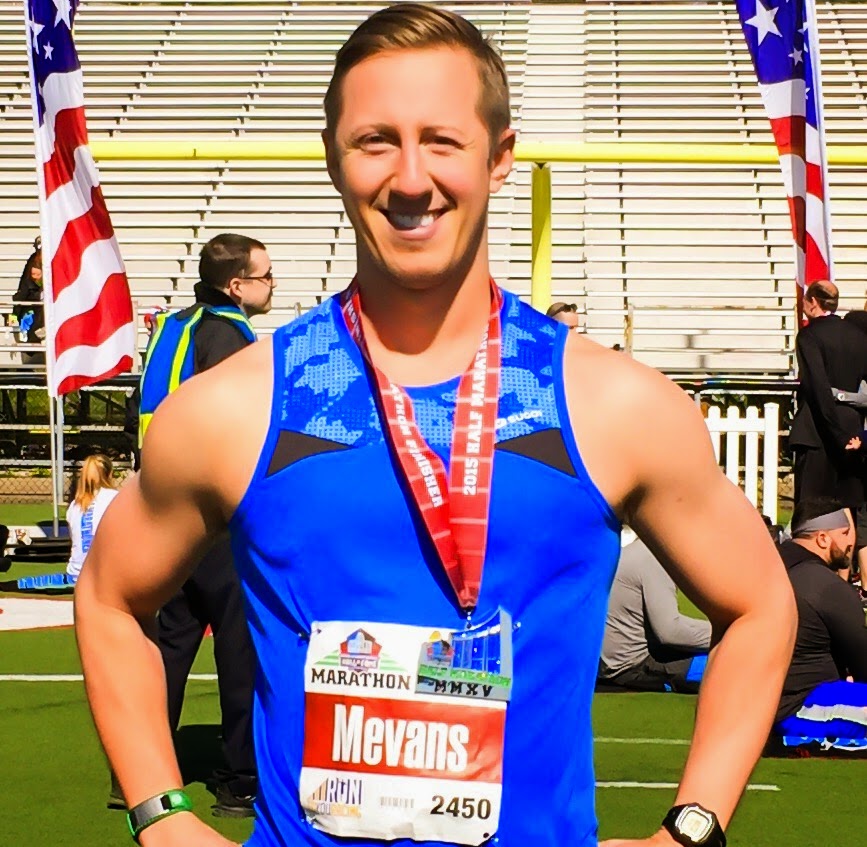 I certainly do NOT recommend the lack of training for anyone interested in running a long distance race such as a half marathon. However, I do recommend surrounding yourself with encouraging people who will set you up for success by getting you in the right state of mind!