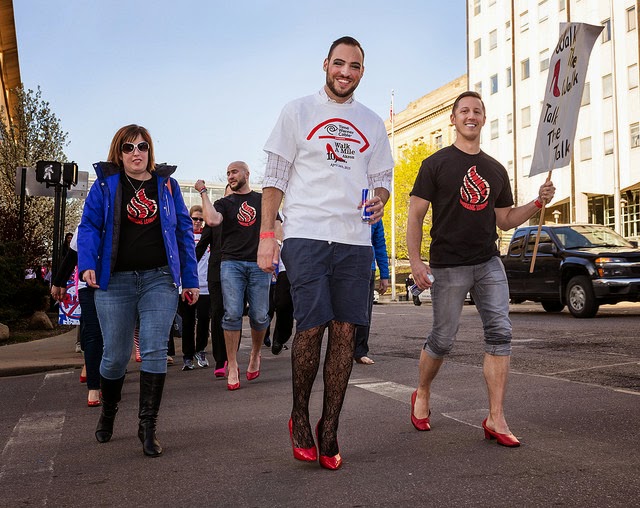 Through my work at a local health system, I have been highly involved with trying to address the hard-hitting issue of sexual assault, domestic violence and rape in Northeast Ohio. My eyes have been opened to the dark, heavy and emotional details that surround the victims of such heinous acts of crime within Akron, and all over the world. It has been a personal and professional goal to enact change within the community, and it has been at the top of my priority lists when coming in to work each day.

Change happened in a big way this past Friday, April 24. The 10th Annual “Walk A Mile In Her Shoes” event took place in downtown Akron to benefit the Rape Crisis Center of Medina & Summit Counties. This is an international men’s march to stop rape, sexual assault, and gender violence. You might remember my prior participation in a similar event in Canton last October. This year, I stepped it up a notch and became a Team Captain for a local young professionals group, Torchbearers. 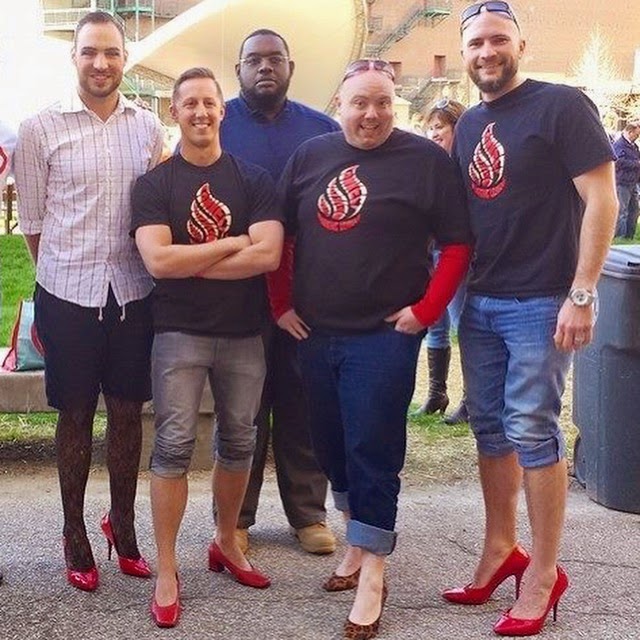 Photo by OHventures – Team Torchbearers
The event is meant to make a BOLD statement, by requiring that every man taking part also wear high heels (or another form of women’s shoes). This takes courage, and it forces men to swallow their pride. Yes, there is a slight degree of “embarrassment” that comes with being a man wearing heels walking down the street. But, in reality, doing so is not embarrassing. It’s powerful. It shows that you can put your petty ego aside and stand up tall (even taller when you have heels) for a cause that needs attention. And, let me tell you, those shoes most definitely grab people’s attention!The event sheds light on the fact that sexual assault does happen in our own backyards – and it can be happening to the people we know or interact with each day (studies show 1 in 6 women will experience sexual assault at one point in their lives). It is meant to bring awareness to the issue by having men consider what it is like to walk a mile – literally and figuratively – in women’s shoes. 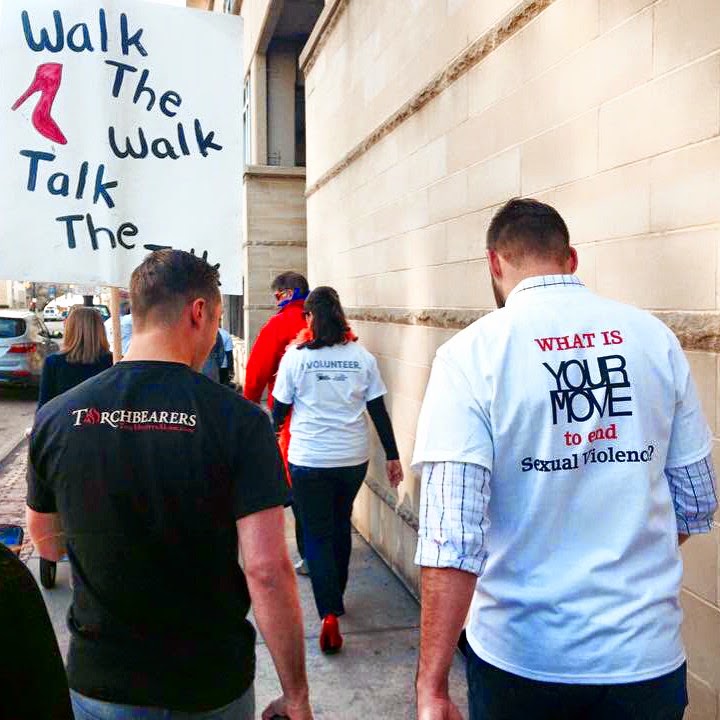 There are aches and blisters that come from shoving our giant hairy feet into skinny stilettos made for our female counterparts. But that is nothing compared to the pain that women experience as victims of rape. It truly is a clever way to put things in to perspective. 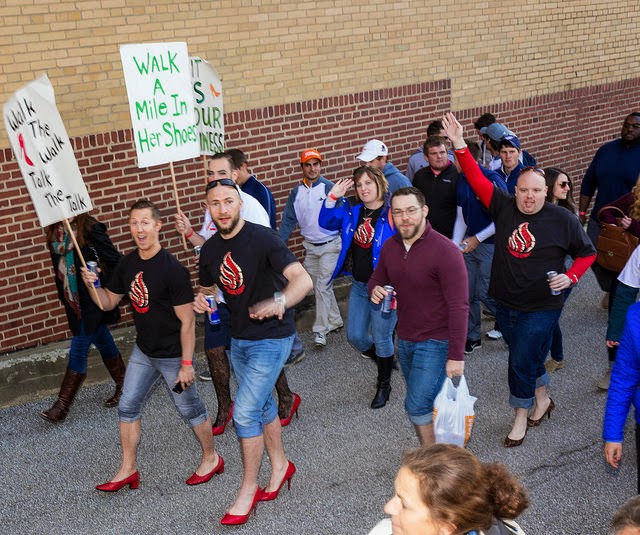 Our team consisted of myself, and a number of other men in Torchbearers: Paul, Willie, Chip, and Blake (our MVP, for raising the most money). Our friends Nicole and Amanda also joined us to support the cause. Collectively, we raised over $2,300, making us the #10 Top Fundraising Team, in dollar amounts (out of 67 teams total! In total, there were over 1,000 people in attendance, and the event raised over $100,000 – the largest amount (by far) in the event’s decade-long history! 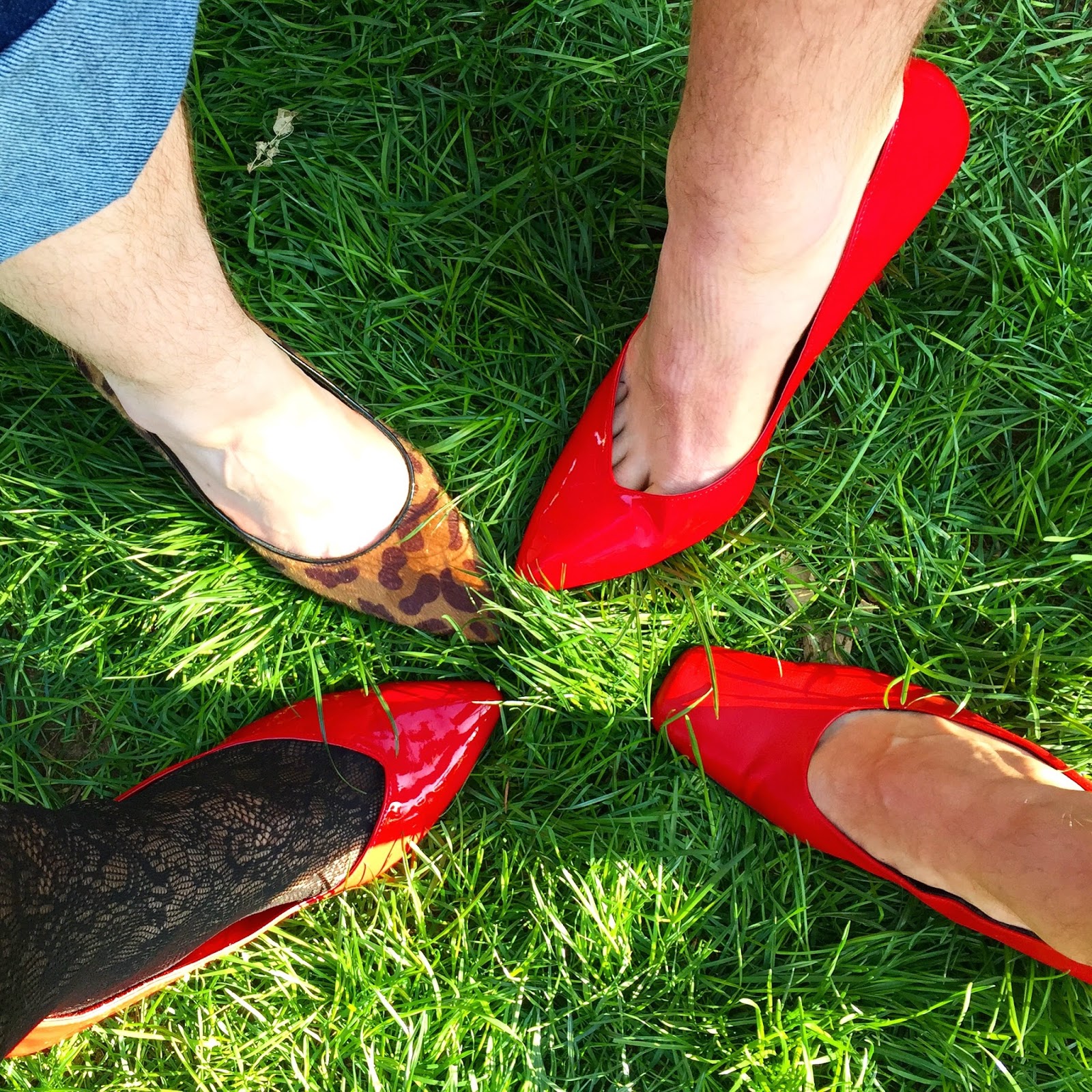 The walk began at Lock 3 Park and circled through the streets of downtown Akron. Our teammate, Paul, cranked it up a notch and wore full make-up (to match his full beard) and fishnet stockings – something that he vowed to do if he raised over $500. We definitely had a lot of laughs on our walk, especially when Paul’s heel got stuck in the crack of a sidewalk, and when Blake pushed his triplets in a stroller while wearing stilettos (an impressive sight).
However, while laughter and camaraderie were present, just as present were our thoughts of those who have been victims. Those people who we like to now call survivors. It is for them that we did what we did. And we hope that the money raised at this event – and all similar events across the country – can help educate and prevent rape and sexual assault.