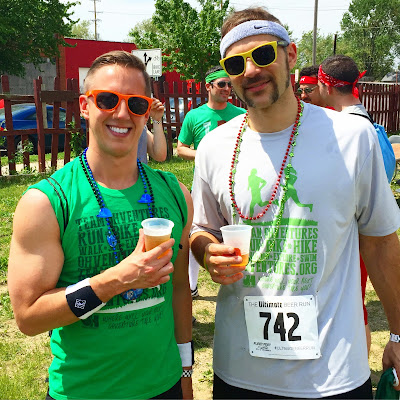 Photos by OHventures
Peanut butter & jelly. Milk & cookies. Running & beer?!
It may not be a traditional pairing or a match made in heaven, but combining running with beer is definitely a recipe for a good (albeit interesting) time. These are two of my favorite things, so if you throw them together like in the Ultimate Beer Run on May 9 in 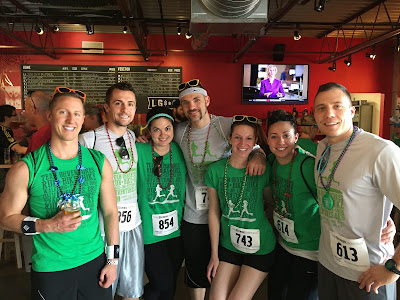 Team OHventures (Me, Matt, Megan, Matt #2, Jess, Megan #2, & Jim) united in our green & gray OHventures t-shirts, party beads, and oversized neon sunglasses to tackle the challenge of the Ultimate Beer Run head on! The Ultimate Beer Run isn’t about who is the fastest or the fittest. It’s about good people, good fun, and tons of good costumes! 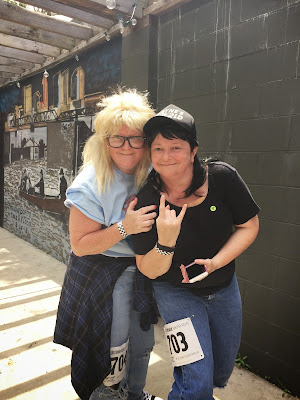 Our “costumes” were extremely tame compared to the legions of participants clad in elaborate Avengers get-ups an other hilarious outfits like Wayne & Garth from “Wayne’s World” (above) – or my absolute favorite, Indiana Jones being chased by the “boulder” (below)! 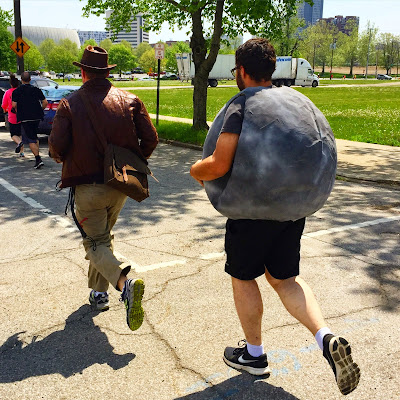 The concept was quite a doozy: run a total of 2 miles while stopping to drink a total of 40 ounces of craft beer from local Ohio breweries. Needless to say, this race was not a competitive timed event, but we did have the traditional running bibs to make it seem official. The Ultimate Beer Run Columbus took place at its home base of the Land Grant Brewing Company located in the up-and-coming revival neighborhood of Franklinton in West Columbus. 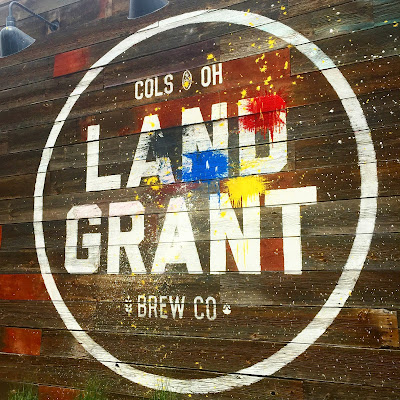 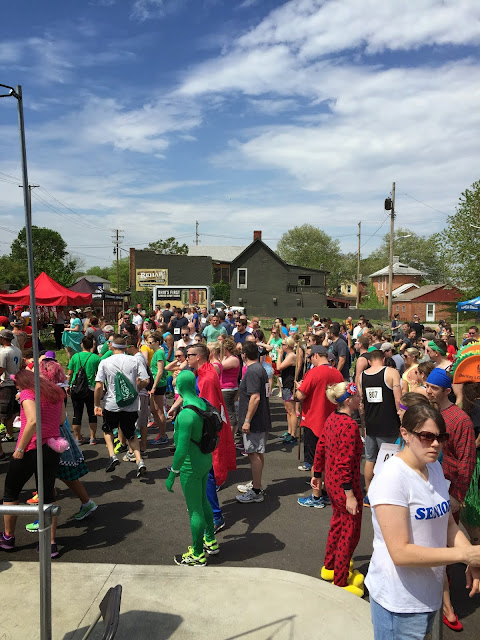 All runners lined up on the street, and at the sound of the horn, we ran around a small loop course (approximately 2/3 mile by my estimations) that brought us right back to where we started. When we got back to Land Grant, we turned in our drink ticket to any one of the 4 brewery tents so we could receive a 10 ounce beer of our choice! 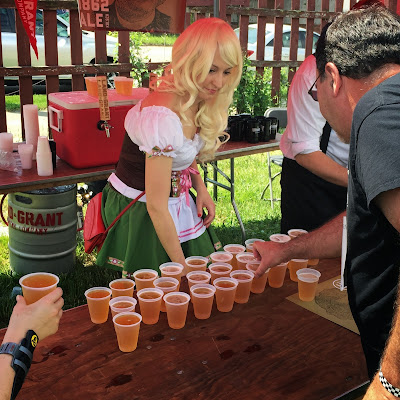 There was no need to chug the beer, so we took our times, enjoyed the brew, then went back around the loop to repeat the whole process. We did this – drinking a beer and running a lap – repeatedly until we were out of tickets! It was a gorgeous 85-degree May day in Columbus, and the race started at 12 noon (when it was the hottest temperature of the day). So, the heat combined with the beer and the running made it very important to also hydrate with water in between runs! 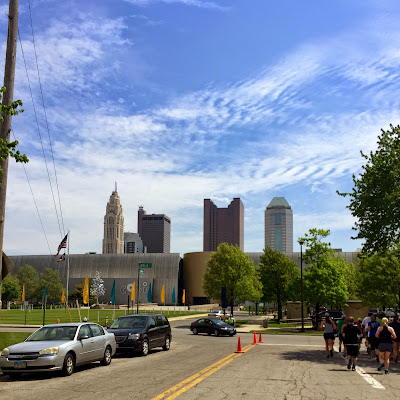 It was definitely a challenge bouncing up and down the roads of C-Bus with frothy brew sloshing around my stomach. But my mind was taken off of any discomfort thanks to all of the great scenery and hilarious costumes that kept me and my teammates cracking up and enjoying ourselves! 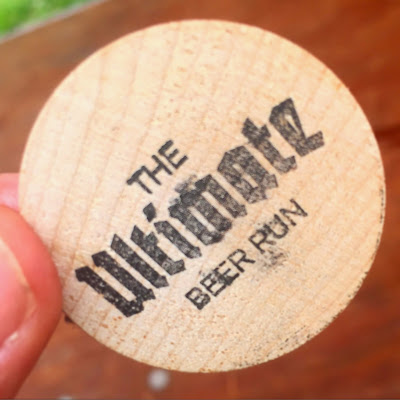 After our final lap, it was time to turn in our UBR chip to get our giant mugs of beer! By now, it was only 1PM, so the party was just getting started, with a costume contest, dance-off, and of course a ton of brew. If you want to take part in the Ultimate Beer Run, check out its website to see when it will be stumbling into your town! There are UBRs in Cleveland and Cincinnati, as well as many other cities outside of Ohio (Nashville, Indianapolis, and St. Louis to name a few!). 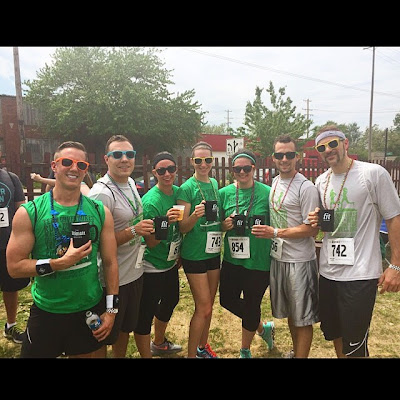