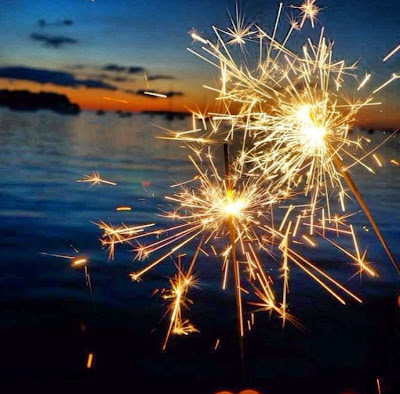 Sparklers on the Lake Erie shore of Put-In-Bay. Photos by OHventures.

This Memorial Day the island of Put-in-Bay will see visitors flock to its shores for a final bicentennial celebration honoring the brave 557 sailors who served in the Battle of Lake Erie during the War of 1812. While the bicentennial of the Battle of Lake Erie was celebrated two years ago, 2015 marks 200 years since the historic signing of the Treaty of Ghent, the parchment that officially ended the war and restored relations between the United States and Great Britain.

On Monday, May 25, at noon on the steps of Perry’s Victory and International Peace Memorial, representatives from the US Navy, Coast Guard, Great Britain, Canada and the Flagship Niagara will give a short speech followed by the unveiling of a permanent plaque commemorating all who served in the battle.

A 21-gun salute with cannon fire will cap the day’s celebrations, honoring the memory of those who fought so bravely in the historic turning point in the war.Sunday, May 24, at 7 p.m., a public gala will take place at the Niagara Event Center including entertainment, music and light food along with the showcase of the new Battle of Lake Erie documentary. Tickets are $25 and are available at BattleofLakeErie-Bicentennial.com. The following day will also see the Flagship Niagara in port and open to the public with deck tours from 1-7 p.m. Tickets are $7.