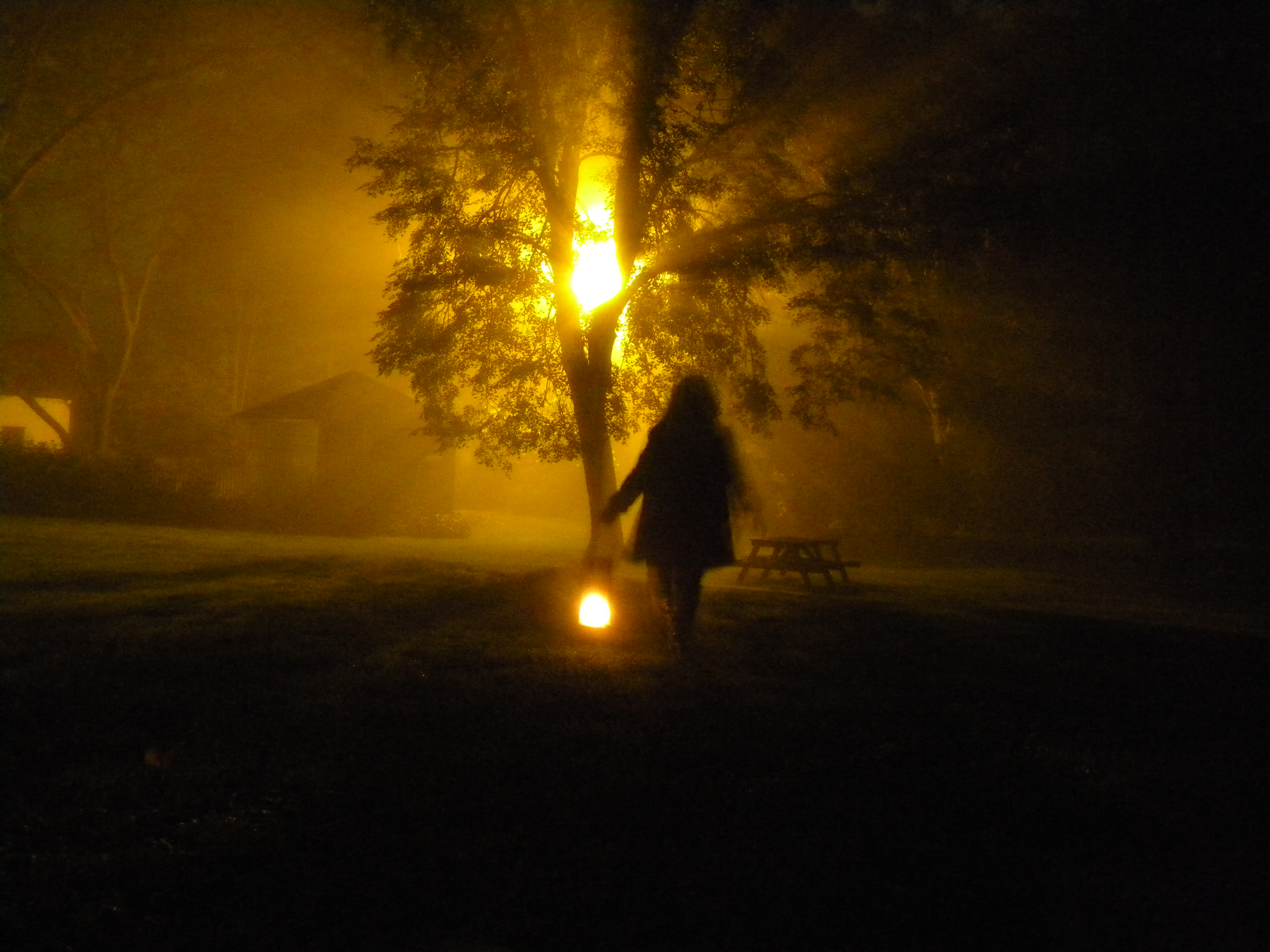 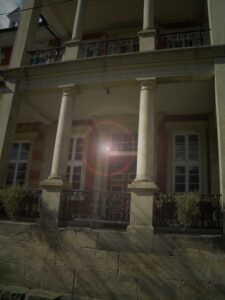 A strange light is captured in a photograph of the Number 1 House in Zoar.

These Ghost Tours Might Scare the Yell out of You

Footsteps on the stairs when no one is there. Hushed whispers in the corner. Things that go bump in the night—and in the light of day. Those who live near and work at two historic sites near the northernmost tip of Tuscarawas County, Ohio have seen—and heard—it all.

One of those sites is an old village settled in 1817 by Germans fleeing religious persecution in Germany—Historic Zoar Village. The other is the site of Ohio’s only Revolutionary War Fort, Fort Laurens, near Bolivar, Ohio. Each year the two sites offer tours of a ghastly, ghostly nature based upon true stories that have been either handed down through the generations, or that have actually happened to the people who currently live or work there. 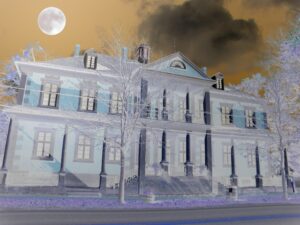 The Number 1 House in Zoar is said to harbor a number of spirits from the past.

In Historic Zoar Village, just about 10 miles south of Canton, Ohio and located on State Route 212, museum docents and volunteers guide the Ghost Tours of Zoar every October and share the stories of others, along with ghostly encounters of their own in the village.

Visitors during Ghost Tours tour the dimly lit village at night by lantern light, entering some of the 19th century buildings like the Number 1 House, a virtual palace built originally to house the village’s older residents and the kitchen behind the Number 1 House, where tour guides have heard and seen some very strange things.

The staff who work for the Zoar Community Association, which manages the historic site, have tales of their own to tell. But you won’t hear them on the tour, so we’ll share a couple of them here. The bookkeeper tells of a time when the burglar alarm at the Zoar Store was ringing.

The Zoar Hotel, said to be haunted, is unfortunately no longer open to the public.

The Zoar Hotel, said to be haunted, is unfortunately no longer open to the public.The maintenance man at the time lived right next door, so he ran over to see what was happening. As he was looking around, he heard someone run up the stairs in the hallway next to the store, so he instantly placed a call to the police. The police came, searched the building top to bottom, and found no one.

On another occasion, a staff member was attending a baby shower at the Zoar School House. A friend of hers went to the restroom in the basement and just never came back. Don’t worry; a ghost did not abscond with her, but she did have a ghostly encounter. She told the staff member later that she had heard someone in the other restroom stall beside her. She also heard their footsteps behind her as she went to the sink to wash her hands. So, when she was leaving the restroom, she decided to hold the door open for the person behind her—only to discover that no one was there. The woman was so spooked she simply could not stay for the remainder of the party.

Sheri Brake, who operates Haunted Heartland Tours, has her own hair-raising stories to tell from the times she has taken groups through Zoar buildings in the past. When the Zoar Hotel (which is now closed for the foreseeable future for repairs) was still open for tours, a number of her guests would pick up on a “ghost dog” that would rub against their legs and lick their hands.

Visitors also noticed the sounds of glasses clinking together in what Sheri calls a “ghostly toast.” She also mentioned visitors who, after seeing a costumed guide down the hall, went to ask her a question, only to discover no one was there. 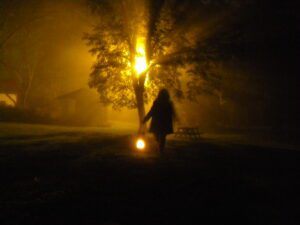 A guide on a ghost tour is captured in this nighttime photo.

Fort Laurens has ghosts of its own

Just about 3 miles away, outside of Bolivar, Ohio, is Fort Laurens, the site of Ohio’s only Revolutionary War fort. Here, ghosts of Colonial and British soldiers are said to walk the grounds at night. Could they be angry about the deplorable conditions at the Fort when they were there? The freezing temperatures and lack of food were so severe they once had to eat a stew made with boiled moccasins? No one can say, for sure.

If you want to discover the Ghosts of Zoar or Fort Laurens, you can choose a lantern-lit walking tour, or, in Zoar only, a Haunted Horse-Drawn Wagon Ride for $30 with a tour guide sharing ghost stories. Either way, reservations are required at least one week in advance of your tour date. And be advised, these tour slots sell out fast, so the earlier you reserve, the better. Here are the details:

These Ghost Tours Might Scare the Yell out of You