A Spoonful of Sugar

Why is sugar such a big concern of doctors, dietitians, and fitness trainers? Ask any diabetic and they will tell you how bad they feel when their blood sugar is out of control. There are approximately 17 million Americans with some form of diabetes and approximately 6 million of them are unaware that it affects them. Diabetes is the 6th leading cause of death in the United States. Many people are not aware they have diabetes because they don’t understand how blood sugar levels work. Let’s change that.

Carbohydrates are the main energy source of the body. Sugars are one form of carbohydrates, and even complex carbohydrates will break down into a simple form to be used as energy. Therefore, when we are talking about blood glucose, or blood sugar, realize that carbohydrates are what maintain that level.

After a person eats a carbohydrate, it is broken down into glucose which is then transported in the bloodstream to organs and cells to be used for energy. If there is excess glucose, it is first stored in the liver and muscles as glycogen. However, there is a limit as to how much can be stored as glycogen – typically, about a half day’s calories. When that limit is reached, glucose will be converted and stored as fat.

You can think of the glycogen stored in the liver and muscles as “short term energy storage” and as “long term energy storage.” Here’s the problem: long term storage doesn’t want to go away, just in case we need it later. Since the brain needs glucose for all of its energy production, our brain will signal that we are hungry so we replenish our glycogen stores before we get into our fat stores. Survival at its finest.

So now what is all the hype about insulin? Insulin is a hormone produced by the pancreas and one of its roles is to be released as blood sugar increases, which is when we eat carbohydrates. It is the transporter of glucose from the bloodstream into the cells or to store it as fat. In a healthy person, once glucose is removed by insulin from the bloodstream and enters the cells, then blood sugar levels will return to normal.

If someone expends more energy than what they eat, their blood sugar falls. So, what happens next? 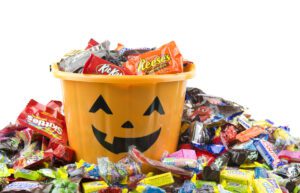 One of three things can happen. A person can eat a simple sugar, those “empty” calories which will raise the blood sugar quickly but also drop it quickly and often to a lower blood sugar, thus you are hungry again sooner and often eat more calories than necessary.

Or, a person doesn’t eat because they are too busy or they are trying to lose weight, and the body will use those short-term glycogen stores for as long as it can. It sounds like the magic bullet to lose weight, but in reality, when you don’t give your body any food, then it will break down proteins into glucose molecules (as well as some fats, but not nearly as much as we would like) to be used as energy. So, when we would actually like to be losing fat and gaining muscle, we are actually losing muscle and maintaining fat by not eating at all.

Or, and yes, this is the best answer, a person can eat a complex carbohydrate which will be released slower than a simple carbohydrate and therefore maintain your blood sugar levels without taxing your insulin system.

Yes, trainers harp on you all the time – first to eat, and then to eat complex carbohydrates and to avoid sugars. We know you will hear these words of wisdom many more times, but hopefully now you can understand why we say the things we say.

A Spoonful of Sugar