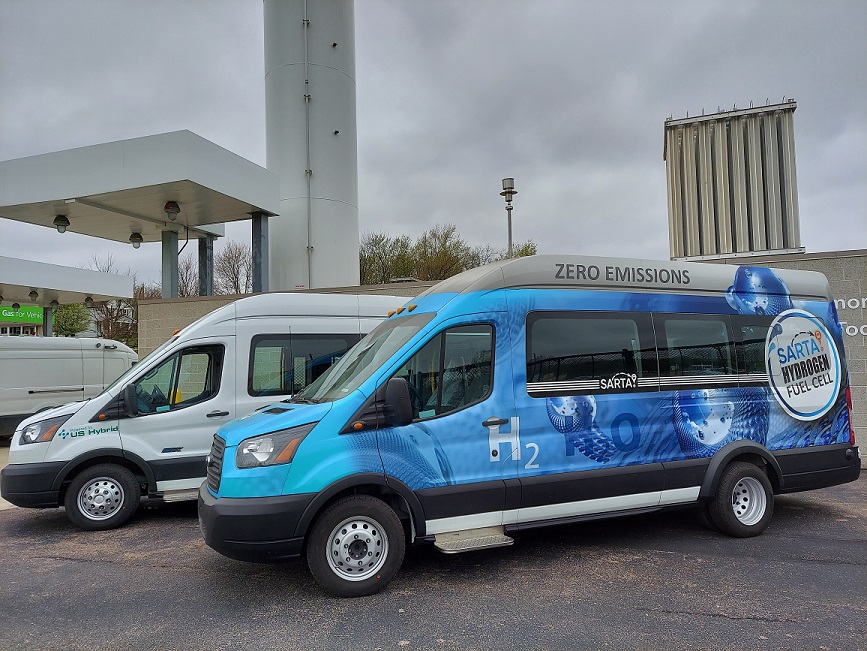 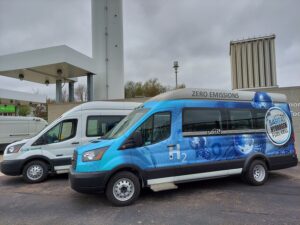 For the past decade the distinctive blue buses that traverse the streets and highways of Stark County and the sleek storage tank that rises above the quiet Canton neighborhood that surrounds its headquarters have served as the outward symbols of the Stark Area Regional Transit Authority’s (SARTA) commitment to developing and deploying zero-emission hydrogen fuel-cell technology in the public transportation space.

Now SARTA is using its status as an international leader in the adoption of alternative/renewable energy to form and lead the Ohio Clean Hydrogen Hub Alliance, a broad-based coalition of energy producers, industrial consumers, research institutions, elected officials, and community leaders that is spearheading an aggressive campaign to convince the U.S. Department of Energy (DOE) to locate a $2,000,000,000 Clean Hydrogen Hub (CHH) in the state of Ohio. A total of $8,000,000,000 in funding for the creation of four CHHs was included in the historic $1.2 trillion Bipartisan Infrastructure Investment and Jobs Act (IIJA) passed by Congress and signed into law by President Biden in November of 2021.

“The CHH provisions in the IIJA solidify hydrogen’s status as an essential component of America’s all-of-the-above long-term energy strategy,” SARTA CEO Kirt Conrad said. “We can either be a leader in the hydrogen-fueled zero emission economy of the 21st Century or we can be left standing at the side of the road as the future drives by. SARTA and the 150 members of the Alliance believe Ohio must seize the opportunity to lead.” 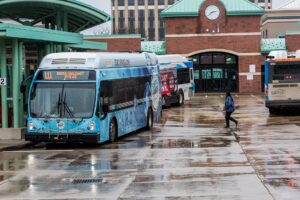 “Our journey to prominence in HFC transportation is serving as a roadmap for the Alliance,” Conrad noted. “We had a vision, we were determined to make it a reality, and we sought out and collaborated with partners who helped us achieve our goals. As a result, we now operate one of the largest fleets of HFC transit vehicles in the Western Hemisphere and Canton, Ohio has become the epicenter of the alternative fuel revolution in transportation.”

“Securing a hub will enable Ohio to replicate SARTA’s success because it will generate billions of dollars in public and private sector investment, fuel hydrogen and zero emission R&D, create and preserve thousands of skilled jobs, lead to a significant reduction in emissions, maximize use of Ohio’s bountiful natural gas resources, and enable leading transportation providers, energy producers, steelmakers, refineries, paper mills, and manufacturers to meet their carbon reduction goals,” Conrad said. “And, of course, it will ensure that we have the reliable supply of hydrogen we will need to power our growing fleet of HFC vehicles.”

While Ohio is a ranked as a top-tier candidate for a CHH, Conrad said competition for the billions of dollars on the table will be fierce. “States across the country have announced they will submit proposals for the funding so we are working tirelessly to ensure that Ohio prevails when DOE officials select the hub locations sometime in the next year.”

For more information and to become a member of the Alliance please visit www.oh2hub.org.