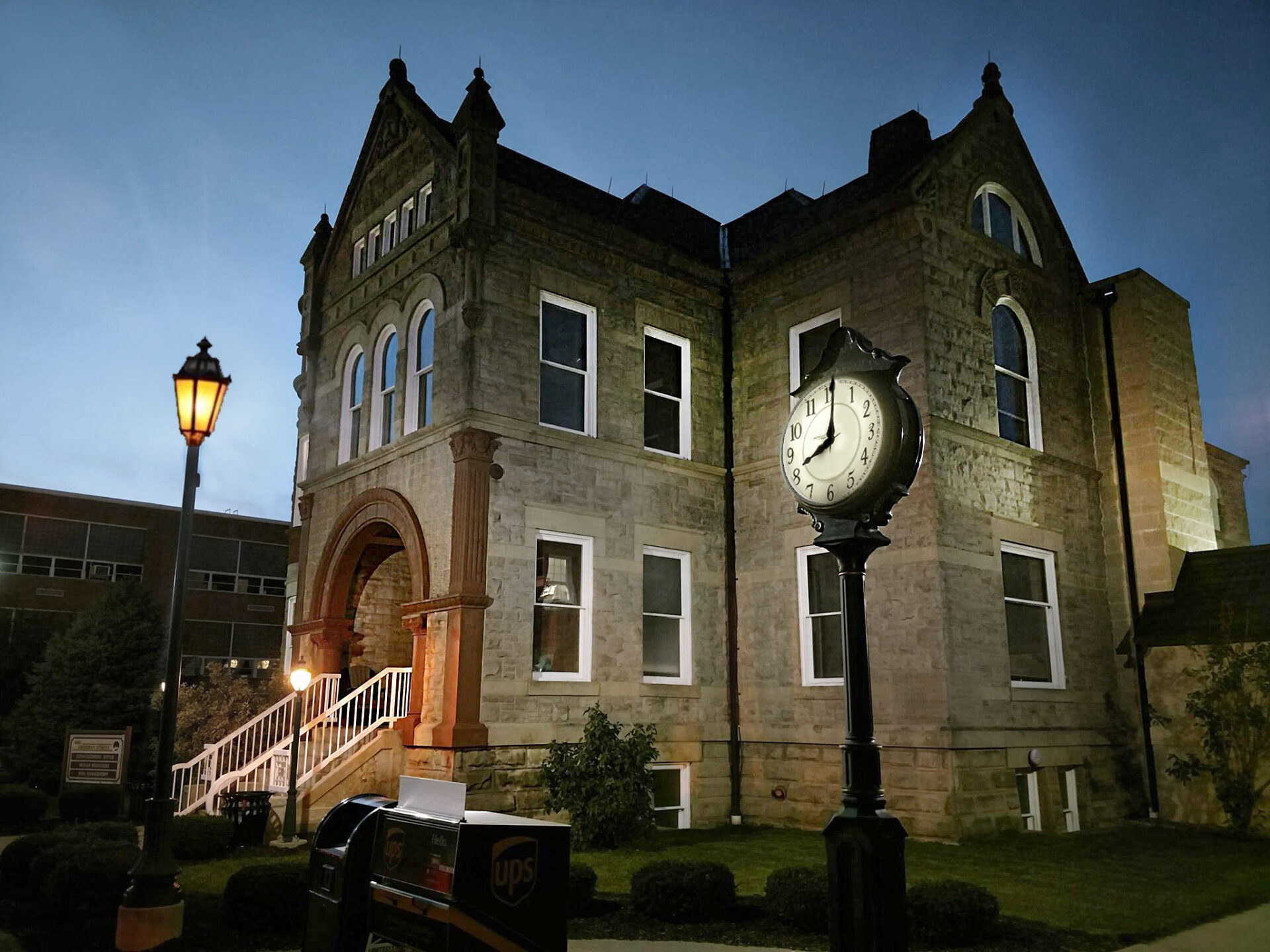 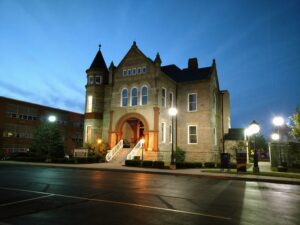 For most residents of Fremont, Ohio the Sandusky County Courthouse is nothing more than another ordinary county building, but there is dark history that has refused to be silenced.

In the early 1840s, local officials often struggled to keep inmates contained in their above-ground jail mostly due to primitive construction that included dirt floors and wooden barriers. Because prisoners often escaped, the county officials built an underground dungeon with solid limestone walls, ceilings and floors that was deemed unescapable.

Due to repeated escape attempts from the above-ground jail, a cold-blooded murderer by the name of George Thompson became the dungeon’s first resident before the construction of the courthouse above was complete.

While housed in the dungeon, Thompson awaited his execution on the gallows for murdering a young woman. Prisoners saw little daylight in the subterranean space, with the only illumination coming from kerosene lamps or candles. Despite the terrible conditions, the dungeon was used for more than a decade before it was finally shuttered.

It’s like stepping through a time portal. When you open that door and go into the dungeon area, it literally feels like you stepped back into the 1840s. The Sandusky County Convention & Visitors Bureau oversees tours of the jail and dungeon.

There are many stories of murder and mayhem that landed individuals on death row here. It’s easy to see why the dungeon was only used for a short period of time; people just didn’t do well being kept in those conditions. Also, that type of imprisonment was not in line with the young Christian country that America was trying to become.

In the 1890’s, an above-ground jail was built that was used just shy of one hundred years. Today, it still stands and is available for tours. For those believers in the supernatural, the halls of these two buildings are brimming with paranormal energy. Oftentimes, visitors feel tugs on their clothing or hair, or hear strange, disembodied voices or footsteps along these dark corridors.

After hearing of paranormal accounts from courthouse staff, the Ohio Researchers of Banded Spirits (ORBS) conducted a paranormal investigation of the dungeon and historic jail.

Afterward, the county talked to them about offering paranormal tours. The courthouse security system at times captures evidence of seemingly supernatural activity, too.

At 2 or 3 in the morning, there will be a motion alarm that triggers, and it starts right outside the dungeon door in the hallway. A lot of times, it will go up through the staircase and trigger on the first floor of the courthouse. Despite the alarms, officials find no one on the camera footage.

Other times, a shadowy figure with a brimmed hat is seen sitting on a bench on the first floor of the courthouse. County employees have also heard voices and footsteps in the building. Once, a fire alarm was pulled when no one was near it.

One visitor took a selfie during a paranormal Dungeon Descent tour only to later uncover something eerie about the photograph. She didn’t notice it at first, but when she was going through her photos at the end of the night, she said, “Oh my gosh, look at this!” She had a picture with what looked like a man standing behind her. 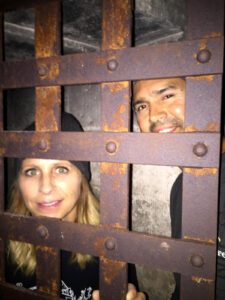 These tour experiences at the Sandusky County Historic Jail & Dungeon are offered throughout the year. Paranormal investigations are also offered for the public and facilitated by ORBS. The Ohio based paranormal research team has appeared on multiple cable television shows along with the historic jail and dungeon. The stories and experiences that have taken place at the jail and dungeon are nothing short of spine tingling.

Located at 622 Croghan Street in Fremont, group tours of 20 or more are also offered by availability. Sandusky County welcomes tours for bus trips, 4H groups, scout groups, school students and more. Ready for a visit? Find out more information at sanduskycounty.org/jail or call 800-255-8070 to schedule a tour.